So one day I was watching a show about history of Hinduism and there I saw it first time. A place where no one will die or you can say that it is a Land of Immortals. After watching it, I had this feeling where adrenaline rushed through out my body, I was so excited. Now I wanted to know more about this place, so I started my research about it and found lots of interesting things which I want to share with you people.

Why it is called Land of Immortals?

Well according to the legends it is said that the people who live in this place are eternal beings. Now this is something which we are not hearing for the first time right? Many of you have already know about the story of “Samudra Manthan” written in Bhagavat Puran. Now those who don’t know the story, it is a story about the origin of Amrit. According to what we know when someone drink Amrit they become undying or Immortal, so from this story we can make a guess that maybe somewhere in Gyanganj or Shambala or Shangri-La there is a source which can produce Amrit and that’s why people living here are Immortals.

Where it is Located ? 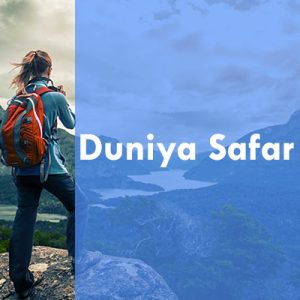 Duniya Safar is a travel agency from New Delhi, working on providing you best tour packages, hotels and cabs and everything else related to travelling.